Phospho-TMEM173/STING (Ser366) Antibody detects endogenous levels of TMEM173/STING only when phosphorylated at Ser366.

A synthesized peptide derived from human TMEM173/STING around the phosphorylation site of Ser366.

Facilitator of innate immune signaling that acts as a sensor of cytosolic DNA from bacteria and viruses and promotes the production of type I interferon (IFN-alpha and IFN-beta). Innate immune response is triggered in response to non-CpG double-stranded DNA from viruses and bacteria delivered to the cytoplasm. Acts by binding cyclic dinucleotides: recognizes and binds cyclic di-GMP (c-di-GMP), a second messenger produced by bacteria, and cyclic GMP-AMP (cGAMP), a messenger produced by CGAS in response to DNA virus in the cytosol. Upon binding of c-di-GMP or cGAMP, STING1 oligomerizes, translocates from the endoplasmic reticulum and is phosphorylated by TBK1 on the pLxIS motif, leading to recruitment and subsequent activation of the transcription factor IRF3 to induce expression of type I interferon and exert a potent anti-viral state. In addition to promote the production of type I interferons, plays a direct role in autophagy. Following cGAMP-binding, STING1 buds from the endoplasmic reticulum into COPII vesicles, which then form the endoplasmic reticulum-Golgi intermediate compartment (ERGIC). The ERGIC serves as the membrane source for WIPI2 recruitment and LC3 lipidation, leading to formation of autophagosomes that target cytosolic DNA or DNA viruses for degradation by the lysosome. The autophagy- and interferon-inducing activities can be uncoupled and autophagy induction is independent of TBK1 phosphorylation. Autophagy is also triggered upon infection by bacteria: following c-di-GMP-binding, which is produced by live Gram-positive bacteria, promotes reticulophagy (By similarity). Exhibits 2',3' phosphodiester linkage-specific ligand recognition: can bind both 2'-3' linked cGAMP (2'-3'-cGAMP) and 3'-3' linked cGAMP but is preferentially activated by 2'-3' linked cGAMP. The preference for 2'-3'-cGAMP, compared to other linkage isomers is probably due to the ligand itself, whichs adopts an organized free-ligand conformation that resembles the STING1-bound conformation and pays low energy costs in changing into the active conformation. May be involved in translocon function, the translocon possibly being able to influence the induction of type I interferons. May be involved in transduction of apoptotic signals via its association with the major histocompatibility complex class II (MHC-II) (By similarity).

Phosphorylation by TBK1 leads to activation and production of IFN-beta. Following cyclic nucleotide (c-di-GMP or cGAMP)-binding, activation and translocation from the endoplasmic reticulum, STING1 is phosphorylated by TBK1 at Ser-366 in the pLxIS motif. The phosphorylated pLxIS motif constitutes an IRF3-binding motif, leading to recruitment of the transcription factor IRF3 to induce type-I interferons and other cytokines. Phosphorylated on tyrosine residues upon MHC-II aggregation (By similarity).

In absence of cGAMP, the transmembrane and cytoplasmic regions interact to form an integrated, domain-swapped dimeric assembly (By similarity). In absence of cyclic nucleotide (c-di-GMP or cGAMP), the protein is autoinhibited by an intramolecular interaction between the cyclic dinucleotide-binding domain (CBD) and the C-terminal tail (CTT) (PubMed:22579474, PubMed:22705373, PubMed:22728658, PubMed:22728660, PubMed:22728659). Following cGAMP-binding, the cyclic dinucleotide-binding domain (CBD) is closed, leading to a 180 degrees rotation of the CBD domain relative to the transmembrane domain. This rotation is coupled to a conformational change in a loop on the side of the CBD dimer, which leads to the formation of the STING1 tetramer and higher-order oligomers through side-by-side packing (By similarity). The N-terminal part of the CBD region was initially though to contain a fifth transmembrane region (TM5) but is part of the folded, soluble CBD (PubMed:22579474, PubMed:22705373, PubMed:22728658, PubMed:22728660, PubMed:22728659).

Belongs to the STING family. 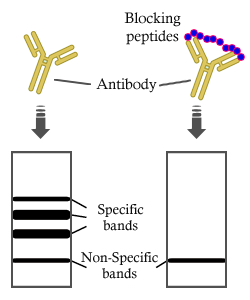