Contraction of the heart is a complex process initiated by the electrical excitation of cardiac myocytes (excitation-contraction coupling, ECC). In cardiac myocytes, Ca2+ influx induced by activation of voltage-dependent L-type Ca channels (DHP receptors) upon membrane depolarization triggers the release of Ca2+ via Ca2+ release channels (ryanodine receptors) of sarcoplasmic reticulum (SR) through a Ca2+ -induced Ca release (CICR) mechanism. Ca2+ ions released via the CICR mechanism diffuse through the cytosolic space to contractile proteins to bind to troponinC resulting in the release of inhibition induced by troponinI. The Ca2+ binding to troponinC thereby triggers the sliding of thin and thick filaments, that is, the activation of a crossbridge and subsequent cardiac force development and/or cell shortening. Recovery occurs as Ca2+ is pumped out of the cell by the Na+/Ca2+ exchanger (NCX) or is returned to the sarcoplasmic reticulum (SR) by sarco(endo)plasmic Ca2+ -ATPase (SERCA) pumps on the non-junctional region of the SR. 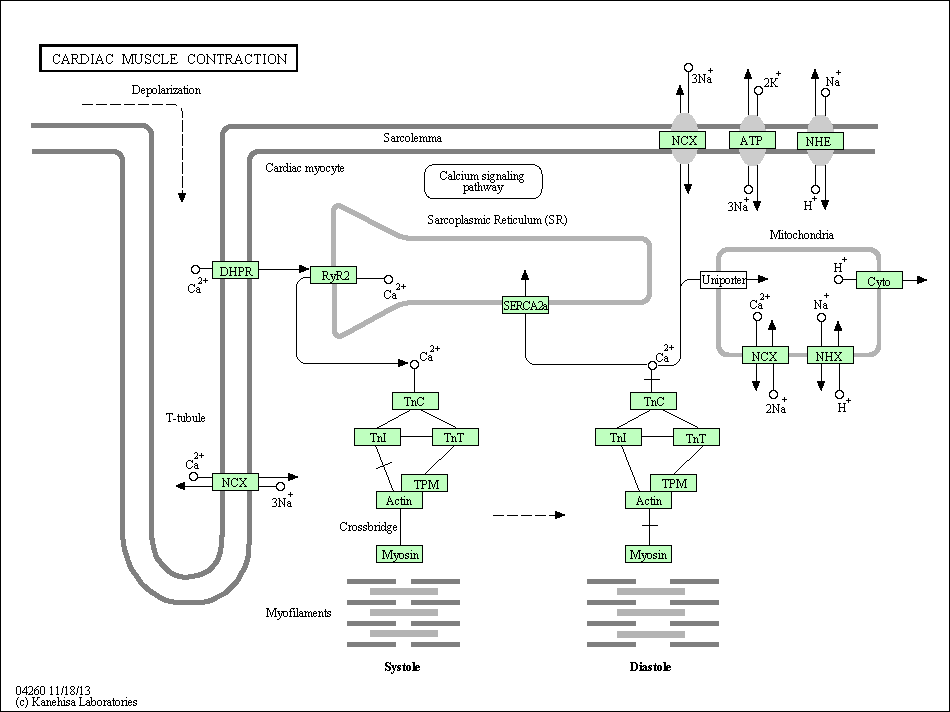